Cisco Gets a Case of Throughputitis

...but seeing Cisco's Wi-Fi recommendations for iPhones (and other Apple iOS devices) has led me to wonder whether The Cisco (Kid) is a Friend of Mine.

Cisco released a Best Practices doc for supporting iPhones, iPads, et al. back in November.  For whatever reason I missed it back then.  I'm bringing it up now because Keith Parsons had something about it on his Twitter feed and Ekahau has a webinar coming up on designing a Wi-Fi network for iOS devices.

I am happy that Cisco is bringing up the topic of device-centric Wi-Fi design.  Wi-Fi is (or, at least, should be) all about the end user, and device-centric design implicitly acknowledges this.

I am less happy at several of Cisco's actual recommendations.  They seem to have fallen into the trap of believing (or, more perhaps more accurately, leading) the Latest Trendy Wi-Fi Disease, throughputitis.

Throughputitis, as you all know, is Latin for "inflammation of the throughput".  It is a common and debilitating Wi-Fi disease whose primary symptom is believing that a fast throughput test is an indication of good Wi-Fi.

Unfortunately for throughputitis sufferers, higher throughput readings are often an indication of bad Wi-Fi.  Or, to be more specific, unstable Wi-Fi.

In fairness to Cisco, their case of throughputitis is mild.  While they have some Wi-Fi design recommendations that are questionable, they at least acknowledge that throughputitis exists:

Although using 80 MHz wide channel bonding may at first seem to boost an individual client performance, in a high AP density environment, the co-channel interference due to limited spectrum availability can potentially reduce the overall network performance.

So, if Cisco acknowledges throughputitis and wants Wi-Fi folks to avoid it, then why am I complaining?  Because there a lot of Cisco's recommendations will result in throughputitis, anyway.

-Cisco recommends allowing the controller (WLC) to choose channel width.  In most enterprise environments, that will result in too few APs using 20 MHz wide channels.

I also have quibbles with some of the MAC layer recommendations Cisco is making, but I'll leave those to the experts.  I focus on wireless, and wireless is the physical layer.

I am picking on Cisco a little bit here.  They're far from the only Wi-Fi vendor that suffers from throughputitis.  In fact, they seem to have a milder case than most.  Cisco is the industry leader, so I am holding them to a higher standard.

Cisco has a great Wi-Fi product.  I just wish they'd focus even more on reliability, even if it hurts their throughput tests.


If you like my blog, you can support it by shopping through my Amazon link.  You can also donate Bitcoin to 19SV1CVi6voRXPVMFrYrSGJzZGCA5cvQ7Q or use my QR code: 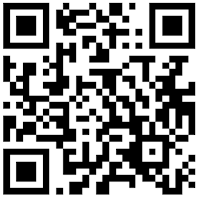