...And If You Buy That Survey, I've Got Another Survey To Sell You

July 03, 2014
I recently got into a little tiff on Twitter.  In part it was an argument about blogging and reaching a broad audience, but mostly it was about site surveys.  Site surveys are hot right now, but I find that surveyors often overlook an important aspect of WiFi: different devices act differently.

Conventional wisdom for WiFi site surveys is to get some site survey software, upload a floorplan and start a-surveyin'.  First predictive (letting the software estimate where coverage will go), then active (temporarily mounting access points in the locations chosen in the predictive survey and testing connectivity) and finally verification (walking the site after APs have been installed).

I did a little test to illustrate the problem of different adapters acting differently.  I went out on my back patio and brought several WiFi devices to see RSSI.

First, I used AirMagnet WiFi Analyzer to view the RSSI of the Proxim 8494 (which is the same thing as the NIC-300 if you use Ekahau Site Survey). 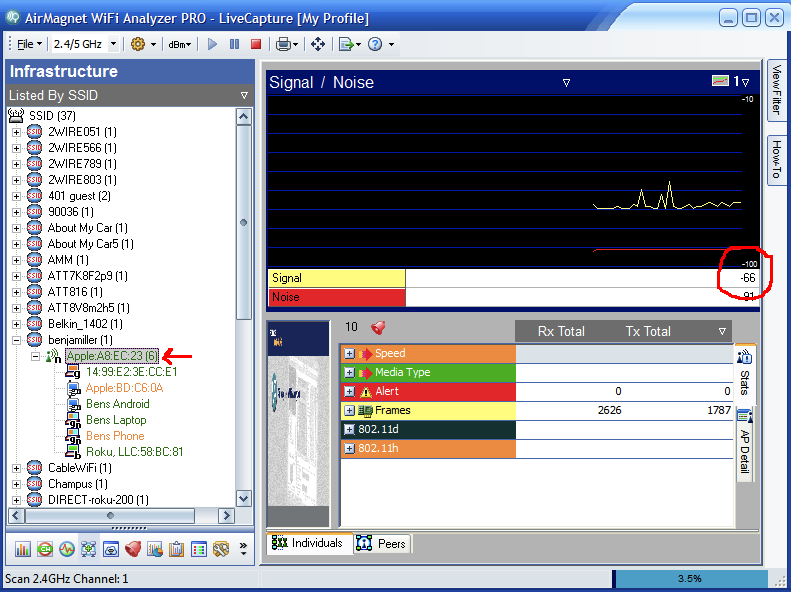 The screenshot above shows an RSSI (circled in red) of -66 dBm, which is solid.  The graph above the RSSI shows that it fluctuated, but always stayed above -70 dBm.

I then viewed the RSSI of three devices. 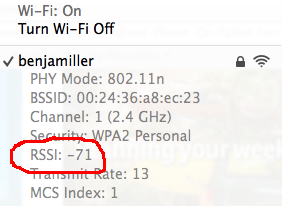 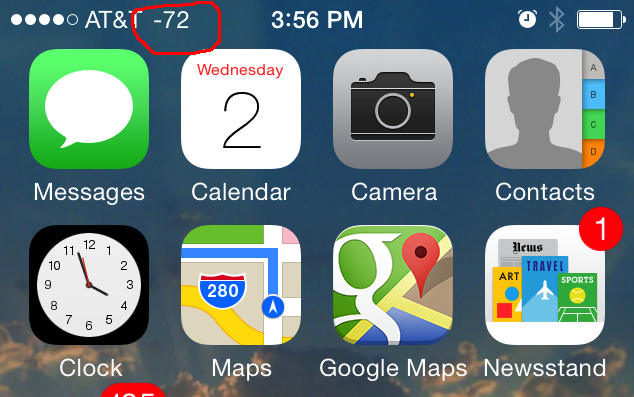 That makes things tough.  Most WiFi networks are going to support a heck of a lot more iPhones and MacBook Airs than USB adapters.  If I were to rely on that Proxim 8494/Ekahau NIC-300 adapter while surveying, I would be off by a few decibels.  In some cases a three to five dB difference may not matter, but in some cases it could create what I call "Dead Zones", where the survey shows coverage but users get unacceptable WiFi access.

(There was some good news.  My Samsung Galaxy Tab 2 (below) showed a signal strength more or less on par with the RSSI of the USB adapter.  I took a screenshot at -67 dBm using the WiFi Analyzer app from farproc.) 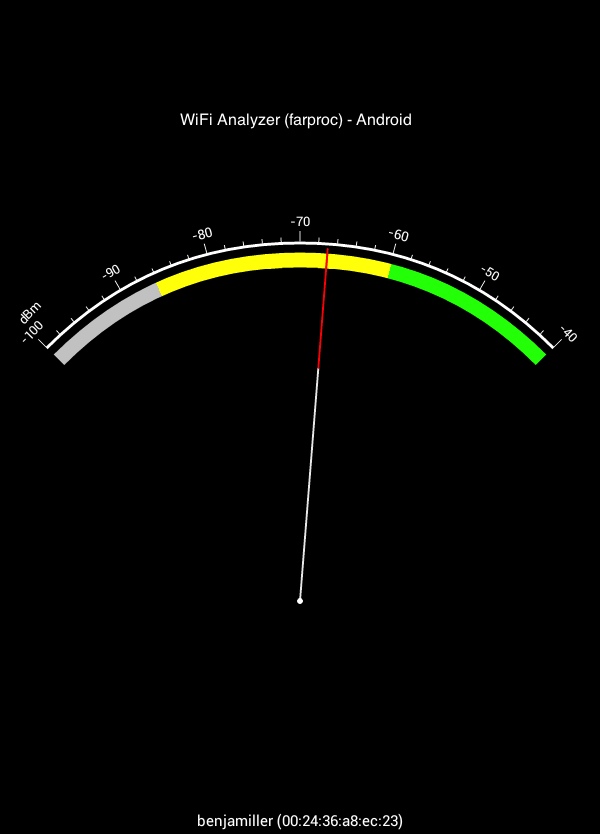 So, reading RSSI in site survey software is a problem.  Great.  Now what do we do about it?

One direction I've been taking is to focus more on using actual devices and less on site survey software.  That means more focus on the "active" survey and less on the "verification".  The verification survey is necessary if you have a manager or executive who likes looking at colors over a floorplan, but I've found myself avoiding that whenever possible.  I think it's better to spend more time testing service to temporarily mounted APs using real devices and less time selling the traditional walk-around survey.