What's New (and Missing) in the WiFi for iPhone 6

Now the iPhone 6 has been announced and it appears to be more of the same.  Gadgeteers get their bigger iPhone.  Wireless folks get their faster speeds.  Problem is, the faster wireless speeds likely won't mean anything for high capacity wireless deployments.

The big news about the iPhone 6 is 802.11ac.  Yippee!  Apple has finally adopted the latest and greatest WiFi standard in a mobile device.

802.11ac has data rates as high as 6.9 Gbps in the standard, but wireless LAN folks know that's not what happens in real life.  Real 802.11ac devices top out at a 1.3 Gbps data rate when multiple input-multiple output (MIMO) antenna systems are supported, while non-MIMO devices top out at 433 Mbps.

The iPhone 6 and iPhone 6 Plus are non-MIMO 802.11ac devices.  That means a top rate of 433 Mbps.  That is higher than the top rate of the 802.11n-supporting iPhone 5 and iPhone 5S, which is 150 Mbps.  And that is where Apple gets the nerve justification for putting this on their site: 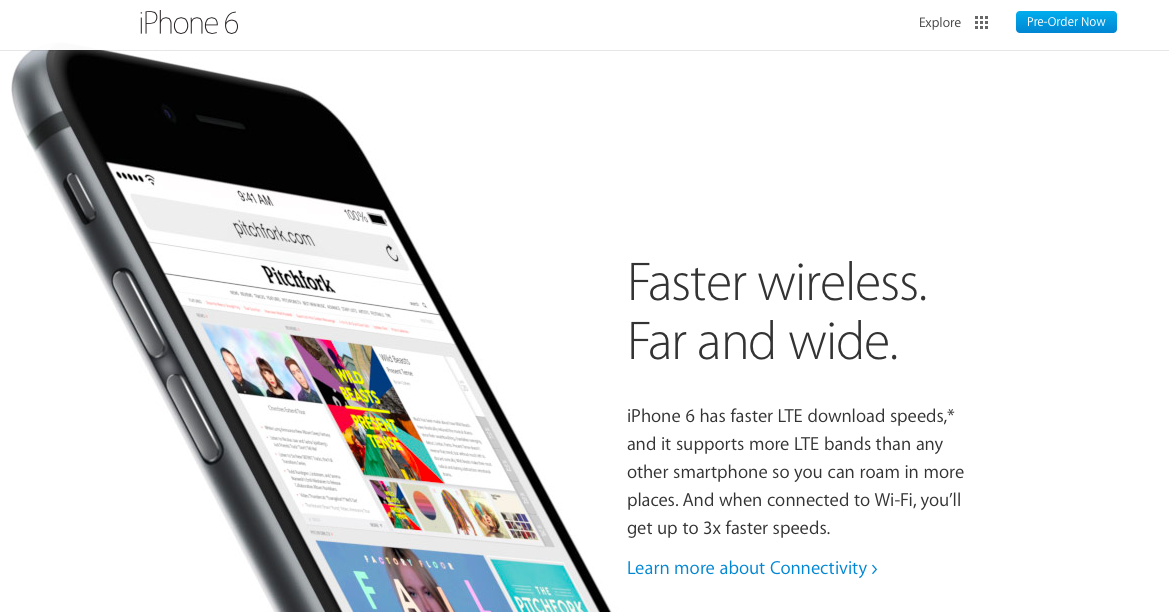 Here's how it works:

(80 MHz channels are no good for high capacity WiFi.  Instead of being able to split users up amongst 9 [if disabling dynamic frequency selection {DFS}] or 21 [if enabling DFS] channels, an 80 MHz wireless network only has 2 [non-DFS] or 4 [DFS] channels.  And here in the U.S. of A., our beloved FCC regulatory commission just made it a whole lot harder to use DFS channels because of Item 67 in the 2014 updates to UNII rules.)

Think about the average high-capacity wireless network.  Do the users have a line of sight to the APs?  Usually, No.  Are the users within thirty feet (ten meters) of the APs?  Often, No.  Is it better to spread users out among four or five times as many channels?  Definitely, Yes.  If you agree with these answers, then 802.11ac in the iPhone 6 and iPhone 6 Plus reverts to the 150 Mbps data rates used in the iPhone 5 and iPhone 5S.

A year ago, yours truly wrote that non-MIMO devices were going to be around for a while.  MIMO drains battery life faster and it can cause a device to heat up.  So, the lack of MIMO in the new iPhones is no surprise.  But it is disappointing.  And it comes down to this:

The iPad Air, which has been out for about a year now, is a mobile device from Apple that supports MIMO. 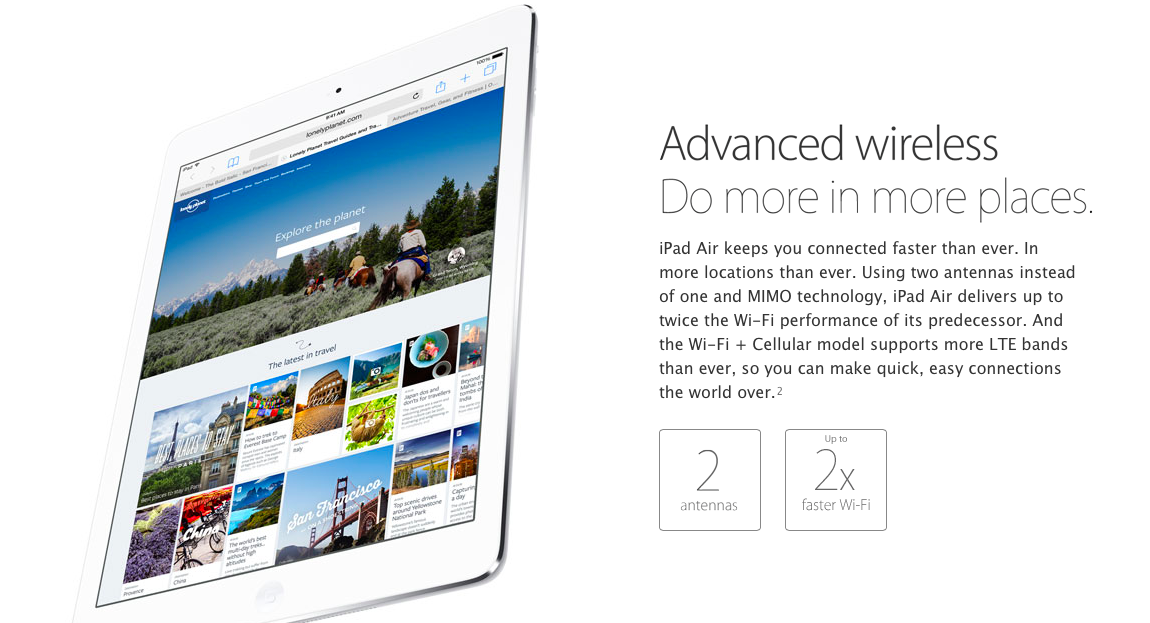